Deprecated: Function Elementor\Widgets_Manager::register_widget_type is deprecated since version 3.5.0! Use register instead. in /home2/clearvi6/public_html/wp-includes/functions.php on line 5383

During sexual intercourse, about 300million sperm enter the vagina, soon afterward, millions of them will either flow out if the vagina or die in its acidic environment. However many survive because of the protective elements provided in the fluid surrounding the sperm. Next, the sperm must pass through the cervix & opening into the uterus. Usually, the cervix remains tightly closed but here it is open for a few days while the woman OVULATES.

The sperm swim through the cervical mucus which is thinned to a more watery consistency for easier passage. Once inside the cervix, the sperm continues swimming toward the uterus though millions will die trying to make it through the mucus, some sperm remain behind caught in the folds of the cervix, but they may later continue the journey as a back up to the first group. Inside the uterus, muscular uterine contractions assist the sperm on their journey toward the egg. However resident cells from the women’s immune system mistaking the sperm for foreign invaders destroy thousands more, next half, the sperm head for the empty fallopian tube while the other half swim toward the tube containing an unfertilized egg. Now only a few thousand remain. Inside the fallopian tube, cilia pushes the egg toward the uterus, for the sperm to continue, it must SURGE against this motion to reach the egg.

During this part of the journey, chemicals in the reproductive tract cause the membranes covering the head of the sperm to change, and as a result the sperm becomes HYPERACTIVE swimming hard & faster towards their destination at long last, THE SPERM REACHED THE EGG!

The egg is covered with a layer of cells called corona radiata, the sperm must push through this to reach the outer layer of the egg called ZONA PELLUCIDA when sperm reaches here, they attach to specialize sperm receptors on the surface which triggers the acrosomes to release digestive enzymes enabling the sperm to burrow into the layer, inside the zona pellucida.

THE FIRST SPERM TO MAKE CONTACT WILL FERTILISE THE EGG. After a perilous journey & against incredible odds, a single sperm attaches to the egg cell membrane within a few minutes their outer membranes fuses and the FEMALE EGG pulls the MALE SPERM inside, hence releases chemicals causing great changes in the egg membrane and prevents other sperm from attaching. Outside the egg , sperm are no longer able to attach but inside the egg, the tightly packed male genetic material spreads out and reforms into 23 chromosomes & a new membrane forms around the genetic material creating the male pronucleus, awakened by the fusion of the sperm, the egg divided resulting into another 23 chromosomes. The two sets of chromosomes joined together completing the process of FERTILIZATION. 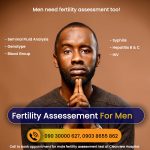 Our Medical Director Will be speaking at W Health Month this October.
September 27, 2022admin 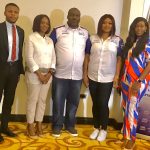